Shall not a dog move his tongue — A proverbial expression, importing all should be peace and quietness among the Israelites, far from any frightful outcry: that in that memorable night they should meet with nothing to molest or disturb them. 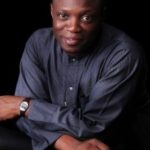 11:4-10 The death of all the first-born in Egypt at once: this plague had been the first threatened, but is last executed. See how slow God is to wrath. The plague is foretold, the time is fixed; all their first-born should sleep the sleep of death, not silently, but so as to rouse the families at midnight.

The prince was not too high to be reached by it, nor the slaves at the mill too low to be noticed. While angels slew the Egyptians, not so much as a dog should bark at any of the children of Israel. It is an earnest of the difference there shall be in the great day, between God’s people and his enemies. Did men know what a difference God puts, and will put to eternity, between those that serve him and those that serve him not, religion would not seem to them an indifferent thing; nor would they act in it with so much carelessness as they do. When Moses had thus delivered his message, he went out from Pharaoh in great anger at his obstinacy; though he was the meekest of the men of the earth.

The Scripture has foretold the unbelief of many who hear the gospel, that it might not be a surprise or stumbling-block to us, Ro 10:16. Let us never think the worse of the gospel of Christ for the slights men put upon it. Pharaoh was hardened, yet he was compelled to abate his stern and haughty demands, till the Israelites got full freedom. In like manner the people of God will find that every struggle against their spiritual adversary, made in the might of Jesus Christ, every attempt to overcome him by the blood of the Lamb, and every desire to attain increasing likeness and love to that Lamb, will be rewarded by increasing freedom from the enemy of souls.

There are no reviews yet.

Be the first to review “Volume 9” Cancel reply

This site uses Akismet to reduce spam. Learn how your comment data is processed.